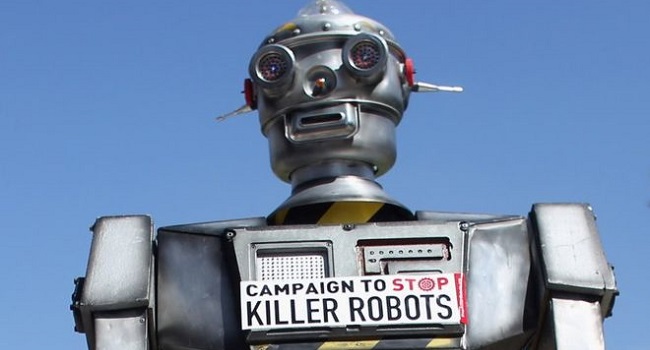 The UK government is among a group of countries that are attempting to thwart plans to formulate and impose a preemptive ban on killer robots, a report reveals.

Delegates have been meeting at the UN in Geneva all week to discuss potential restrictions under international law to so-called lethal autonomous weapons systems, which use artificial intelligence to help decide when and who to kill.

Most states taking part – and particularly those from the global south – support either a total ban or strict legal regulation governing their development and deployment, a position backed by the UN secretary general, António Guterres, who has described machines empowered to kill as “morally repugnant”.

The talks come as the UK military is ploughing tens of millions of pounds into autonomous weapons, most recently announcing on Thursday a £2.5m project for “drone swarms” controlled with the help of next-generation autonomy, machine learning, and AI.

The talks in Geneva are taking place under the convention on certain conventional weapons. First enacted in 1983, the convention is intended to restrict the use of weapons “that are considered to cause unnecessary or unjustifiable suffering to combatants or to affect civilians indiscriminately”. It already covers landmines, booby traps, incendiary weapons, blinding laser weapons and clearance of explosive remnants of war.