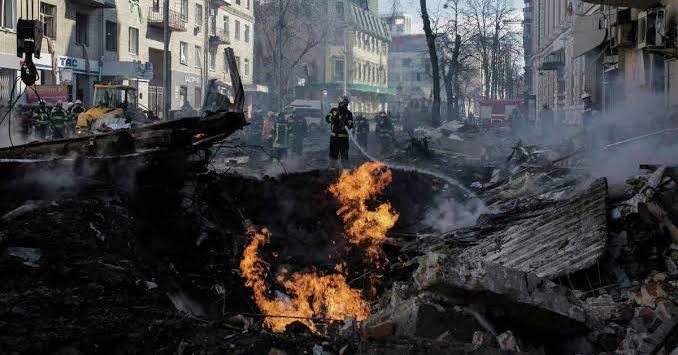 The Ukrainian government on Wednesday accused Russia of attacking a theatre where thousands of civilians were taking shelter.

In a statement by a government spokesman, the war-torn country said many people were trapped in the building known as the Theater of Dreams.

However, Russia has denied carrying out the attack.

The country’s defence ministry accused the Azov Battalion, a far-right Ukrainian militia, of blowing up the facility.

A Ukraine military official said Russian forces bombed the theatre located in the besieged city of Mariupol where hundreds of civilians were sheltering.

There was no immediate confirmation on the number of casualties in the attack.