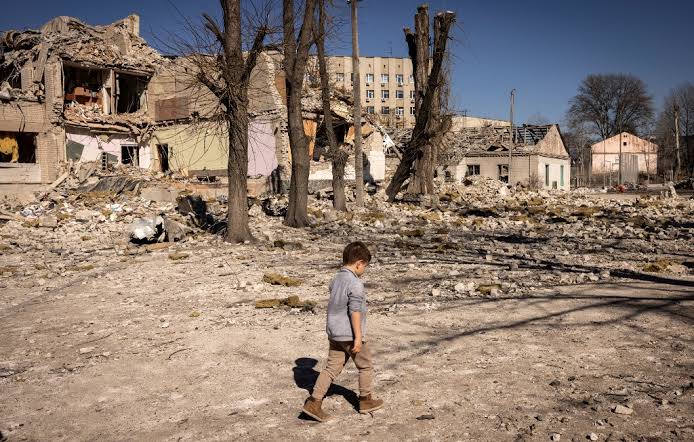 Ukrainian government officials say a total of 136 children have so far been killed and 199 injured, since the invasion of the country by Russia on February 24.

In a report by the country’s prosecutor general, a total of 64 children have been killed in the Kyiv region alone, with a further 50 children killed in the Donetsk region as the war enters its 31st day on Saturday.

On Friday, the United Nations Children agency, UNICEF, said that the one month old war in Ukraine has led to the displacement of 4.3 million children, more than half of the country’s estimated 7.5 million child population.

“The war has caused one of the fastest large-scale displacements of children since World War II,” UNICEF’s Executive Director Catherine Russell, said on its website.

“This is a grim milestone that could have lasting consequences for generations to come. Children’s safety, wellbeing and access to essential services are all under threat from non-stop violence,” she added.

Approximately 3.6 million refugees, most of them women and children, have fled Ukraine to neighbouring countries such as Poland, Moldova, and Romania in one month of the war.