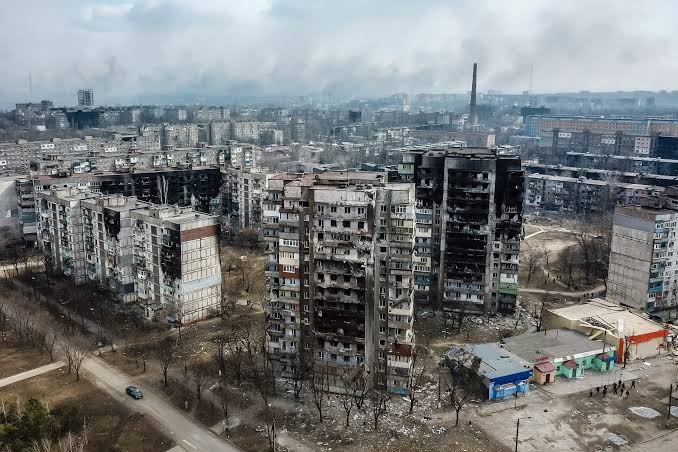 The President of Ukraine, Volodymyr Zelenskyy, has appealed to Russian military authorities for a truce to enable rescue workers dig out civilians including women and children trapped in bunkers under a steel works plant in the city of Mariupol.

Zelenskyy made the appeal Thursday, as Russian forces pressed on with their assault on the important southern port city after failing in its bid to capture the capital Kyiv as the war enters its third month.

Russia’s military had said it would pause military activity at the Azovstal steel works in the port city of Mariupol during Thursday daytime and the following two days to allow civilians to leave but with continued aerial bombardments, Zelenskyy said he had to make the passionate appeal.

“It will take time simply to lift people out of those basements, out of those underground shelters. In the present conditions, we cannot use heavy equipment to clear the rubble away. It all has to be done by hand,” Zelenskiy said in an early morning address.

Moscow had declared victory in Mariupol on April 21 after weeks of siege and shelling, but resistance by Ukrainian forces in Azovstal has prevented Russia completely overrunning the city.

Mariupol is a major target in Russia’s efforts to cut Ukraine off from the Black Sea – vital for its grain and metals exports – and link Russian-controlled territory in the east of the country to Crimea, seized by Moscow in 2014.

The United Nations and Red Cross have already evacuated hundreds of people from Mariupol and other areas this week but an estimated 200 civilians, as well as Ukrainian fighters, are still holed up in a network of underground bunkers at Azovstal, Ukrainian officials say.