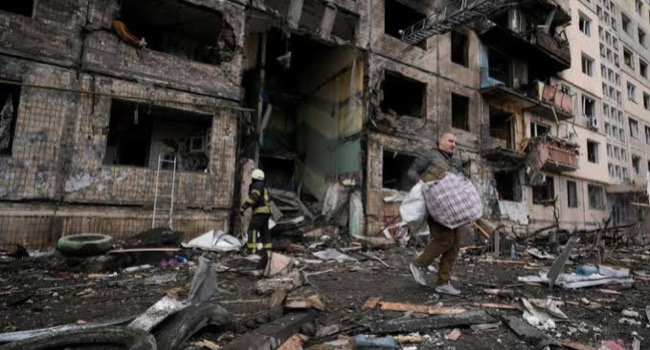 President Volodymyr Zelenskyy of Ukraine has confirmed that his country had so far lost between 2,500 to 3,000 soldiers since the outbreak of war following Russia’s invasion on February 24, with about 10,000 injured.

In his daily broadcast on Friday, Zelenskyy, however, said 19,000 to 20,000 Russian soldiers had been killed in the war which is dragging into its eighth week.

“The successes of our military on the battlefield are really significant, historically significant. But they are still not enough to clean our land of the occupiers. We will beat them some more,” he said in the late-night video address.

In the broadcast, Zelenskyy said last month fighting was becoming intensive in Mariupol province as Ukraine was trying to break Russia’s siege of the southeastern port city.

The city which was home to about 400,000 people before Russia’s invasion, has been reduced to rubble with thousands of civilians killed and tens of thousands trapped without a chance of fleeing.

“The situation in Mariupol is difficult and hard. Fighting is happening right now. The Russian army is constantly calling on additional units to storm the city,” defence ministry spokesperson Oleksandr Motuzyanyk said at another briefing on Friday.