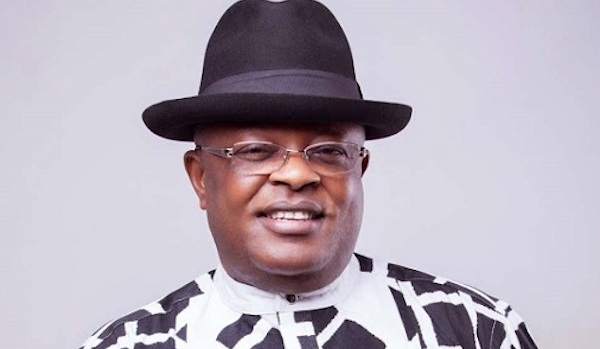 The Ebonyi State Governor, Dave Umahi, has sacked all political appointees from the Ohaukwu local government area of the state.

The governor took the decision a few days after he defected from the Peoples Democratic Party (PDP) to the All Progressives Congress (APC).

The Secretary to the State Government, Kenneth Ugbala, disclosed this in a statement issued in Abakaliki on Friday.

“In the avowed determination of Ebonyi State government to allow greater participation of people in governance, Governor David Umahi has approved the sack of all political appointees from Ohaukwu local government area with immediate effect.

“The office holders include all the Coordinators, all the Executive Assistants (EAs) and all the Senior Technical Assistants (STAs).

“Others include all the Technical Assistants (TAs), all the Liaison Officers and all the Management Committee Members of Development Centres.

“All the affected officers are directed to handover all the state government property in their possession to the Secretary to the State Government before the close of work on Monday, November 23.”

Though no reasons were given for the mass sack, political watchers in the state believe the move was one of the governor’s plans to tactically remove any of his appointee or aide who still has sympathy for the PDP.

Ex-minister warns against imposition of northern candidate in 2023