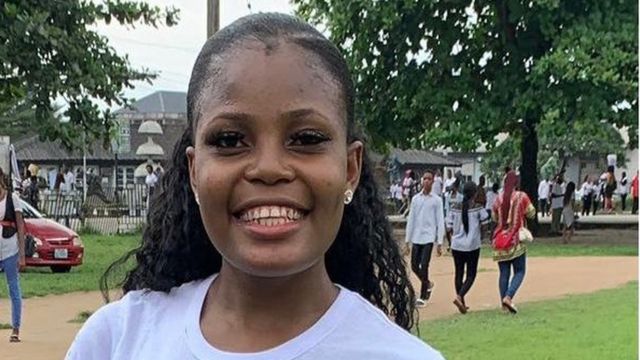 The Nigerian Labour Congress (NLC) and the Akwa Ibom State Government have extended their labour disputes to the case of a murdered job-seeker, Iniobong Umoren in Uyo.

Miss Umoren, a graduate of the University of Uyo, is reported to have been murdered last week by one Uduak Frank Akpan, who invited her for a job interview, but ended up kidnapping, raping, murdering and burying her remains in a shallow grave.

NLC Akwa Ibom Chairman Sunny James, while reacting to the murder during his speech at the World Press Press Freedom Day celebrations at the NUJ Press Centre, Akwa Ibom State Council, on Monday, said the crime should not be swept under the carpet.

“We as workers should not take the murder of the lady very lightly. She was responding to a published job vacancy because there are no jobs. The completion agenda of the state government should focus more on creating more jobs for the citizens by building more industries that would provide jobs.

“Workers are retiring every day. Last month, many retired in the health sector and the remaining workers have been seriously overworked. Those vacancies should immediately be filled to relieve the workers. Government should create more jobs for citizens,” James said.

The State Commissioner for Information and Strategy, Ini Ememobong, who spoke thereafter, said there was no need to blame the government for the murder of the lady who went job hunting while waiting for her NYSC call-up.

“Govenment is interested in the murder of the lady and His Excellency, the Governor, has asked the police to do all in their capacity to ensure that justice is done in the case once the courts resume.

“No government has the capacity to employ even 30 per cent of its citizens. So, we shouldn’t come to public events like this to make such a declaration.

“We shouldn’t condemn her effort to look for a job instead of staying at home and using what she has to get what she wants. We should not also blame the government for not providing jobs for everybody, No government does that, even in the developed world. Rather, we should blame the criminal act and condemn it in its entirety.

“His Excellency, the Governor, is really challenged by her death and has directed the Secretary to the State Government to lead a delegation to console her family,” the commissioner said.

In a statement he equally signed on behalf of the State Government, Ememobong said that the Akwa Ibom State Government was deeply saddened by the news of the death of Miss Iniubong Umoren, who is said to have been abducted, raped, assaulted and eventually murdered by Uduak Frank Akpan.

“This news which was conveyed by the police is heart wrenching and most disturbing, considering the age of the persons involved.

“The governor, while thanking the police for the arrest and interrogation of the suspect, has communicated to the police hierarchy in the state his desire for the full administration of justice to the culprit and all persons involved in this crime. This is the least that will be acceptable.

“We condemn in totality the gruesome acts that led to the loss of the life of an innocent young woman, whose sincere desire was to earn a decent living. Our state must remain a safe location for all peace loving and law abiding citizens at all times.

“We commiserate with the deceased’s family on this very painful loss and pray God to comfort them,” the statement read.

Related Topics:Umoren's murder:
Up Next