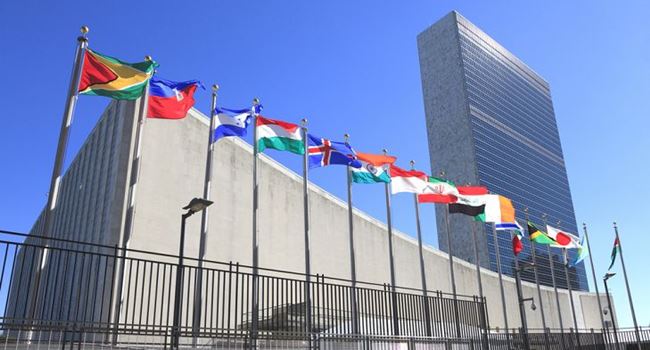 The United Nations World Food Programme (WFP) is seeking $182 million as financial support for Nigeria’s worst hit by the coronavirus pandemic, including communities in North-East Nigeria.

In a statement issued on Wednesday by Kelechi Onyemaobi, National Communications Officer, WFP, the UN agency disclosed that the funds were crucial to sustaining life-saving aid to millions of Nigerians for the next six months.

“We are concerned by conflict-affected communities in northeast Nigeria (Borno, Adamawa and Yobe) who already face extreme hunger and who are especially vulnerable. They are on life-support and need assistance to survive,” the WFP senior spokesperson, Elisabeth Byrs, was quoted to have said in the statement.

Byrs stated that the three states had been adversely affected by insurgent attacks for a decade, resulting in a grave humanitarian crisis in the Lake Chad region, where more than 7.9 million people especially children and women are in dire need of support.

The WFP said it planned to assist a total of 1.8 million people in the region, which it described as experiencing one of the most severe humanitarian crises in the world.

“That’s why WFP is distributing now two months’ worth of food and nutrition assistance in IDP camps and among vulnerable communities to ensure that people have enough food while they are on full or partial lockdown,” Byrs said.

According to her, over 3.8 million people mainly working in the informal sector are at the risk of becoming unemployed due to worsening misery and the figure could climb to 13 million if movement restrictions persist for a longer period.

20 million people representing 23 per cent of the labour force are already out of work, Mrs Byrs said.

“In a country where about 90 million people – 46 per cent of the population – live on less than $2 a day, this is a real concern. The urban poor who depend on a daily wage to feed themselves and their families have been deeply hit by movement restrictions to contain the spread of the virus.”