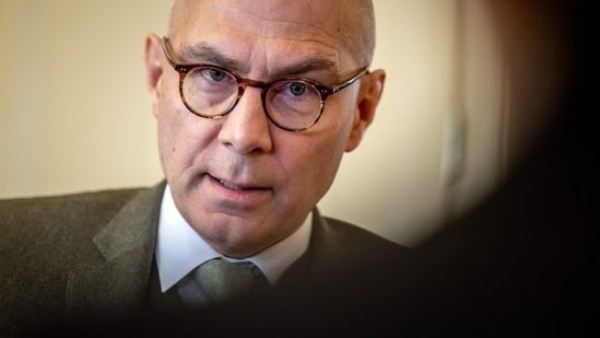 The United Nations High Commissioner for Human Rights, Volker Turk, has condemned what he calls state-sanctioned executions carried out by Iran in the wake of nationwide protests which have been raging in the country since September last year.

The UN Rights chief, in a statement on Tuesday, said that the death penalty in the Asian country was being weaponized by the government to strike fear into the population and stamp out dissent, saying the executions amounted to “state sanctioned killing.”

“The weaponization of criminal procedures to punish people for exercising their basic rights, such as those participating in or organizing demonstrations, amounts to state sanctioned killing,” Turk said, adding that the “executions violated international human rights law.”

Iran on Saturday, hanged two men for allegedly killing a member of the security forces during nationwide protests, bringing to four the number of executions carried out since the protests.

Turk said the UN Human Rights office has received information that two further executions are imminent and could be carried out during the week.

“The government of Iran would better serve its interests and those of its people by listening to their grievances, and by undertaking the legal and policy reforms necessary to ensure respect for diversity of opinion, the rights to freedom of expression and assembly, and the full respect and protection of the rights of women in all areas of life.

“I reiterate once more my call to the government of Iran to respect the lives and voices of its people, to impose an immediate moratorium on the death penalty and to halt all executions,” Turk said.

Related Topics:IranUN chief
Up Next