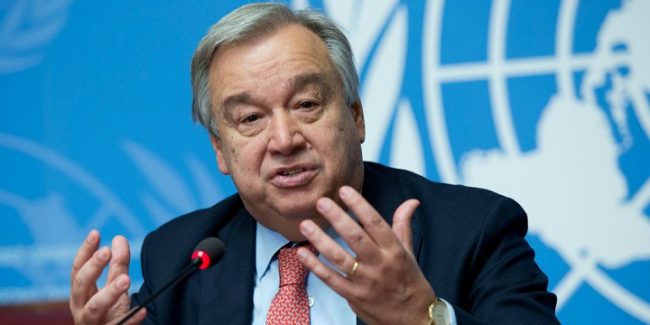 The Secretary-General of the United Nations, António Guterres, has condemned the attacks in Kaduna State that left several people dead.

In a statement through his spokesman, Stéphane Dujarric on Tuesday, he urged all stakeholders in Nigeria to concertedly work to bring peace and stability to the country.

“The Secretary-General strongly condemns the attack on May 5, 2018 in Gwaska village, Kaduna State, north-western Nigeria, which resulted in scores of casualties.

“The Secretary-General expresses his deepest condolences to the bereaved families and to the government and people of Nigeria, and wishes a speedy recovery to the injured.

“The Secretary-General calls for those responsible for this attack to be swiftly brought to justice.

“The Secretary-General also expresses his continued concern over the persisting violence and urges all actors to work together to bring peace and stability to the country”, he said.

The number of deaths resulting from the attack which took place last Saturday is said to have risen to 73.