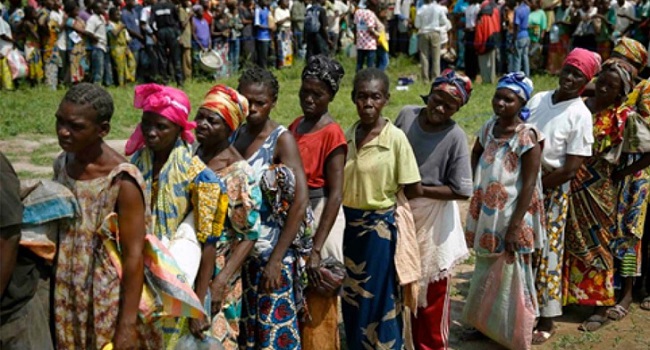 The United Nations (UN) on Wednesday faulted recent claims by the Presidency that Boko Haram insurgency has been defeated.

This was as the UN said that the fight against the terrorists is far from over in Nigeria, adding that rising insecurity in recent months has pushed over 130,000 newly displaced people on a long trudge.

UN Humanitarian and Resident Coordinator in Nigeria, Edward Kallon, stated this during the launch of “Holding On,” a virtual reality experience in remembrance of 10 years of crisis in three North East states of Borno, Yobe and Adamawa.

Kallon, who during the event in Abuja paid respect to fallen humanitarian aid workers as well as civilian victims of the Boko Haram insurgency, said the 10-year-old insurgency has claimed no fewer than 27,000 civilians.

Delivering a keynote address Kallon said, “Our collective efforts have made a difference over the past 10 years, especially when we have worked closely together in the interest of the people living in Borno, Adamawa and Yobe states, who are impacted by the devastating consequences of armed conflict. Together, we have helped people eat when they were hungry.

“However, the crisis that started10 years ago and has devastated entire communities in North-East Nigeria is still far from over. It is not time for us to spare any effort. In this very critical period, we must redouble efforts, with the support of everyone at all levels locally, nationally and internationally.

“Rising insecurity in recent months has pushed over 130,000 newly displaced people on a long trudge. Arriving en masse to displaced camps, they are looking upon us for aid and protection. Despite challenges, we cannot let them down.

“Against a backdrop of increased and violent attacks against civilians and humanitarian actors, more than ever, we must unite and combine efforts to secure progress and achievements.

‘’We must continue building on years of relentless solidarity from first and foremost, Nigerians, government actors, civil society and local communities who have themselves suffered loss and from the international humanitarian community.”

Speaking also at the event, Head of UN Office for the Coordination of Humanitarian Affairs, UN-OCHA, Ms Edem Worsonu, called for greater security for humanitarian workers.

She regretted the harsh operating environment that had seen the UN lose some of its staff.

“I call on everyone to please do their best to ensure our security and safety because the operating environment is not easy at all,” she said.

Amid death of a colonel, 5 others, Army chief assigned to crush B’Haram throws lavish party