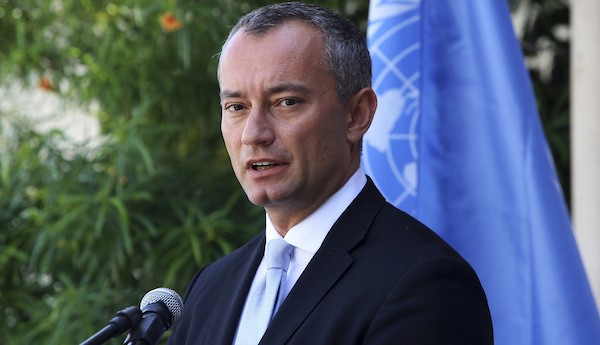 The United Nations Middle East envoy, Nickolay Mladenov Wednesday warned Israel against continued threats to occupy parts of the West Bank as such plans were breeching International laws and would “deal a devastating blow to the two-state solution”.

Speaking in a meeting with 15 member Security Council, Mladenov stated that “the continuing threat of annexation by Israel of parts of the West Bank would constitute a most serious violation of international law [and] close the door to a renewal of negotiations.

“Israel must abandon its threat of annexation [against] the Palestinian leadership [and] re-engage with all members of the quartet,” he added, referring to the European Union, the United Nations, the United States and Russia.

Mladenov further urged that the 15-member council backed by the UN Chief, Antonio Guterres must kick against unilateral steps to hinder diplomatic efforts to renew negotiations between the Israelis and the Palestinians.