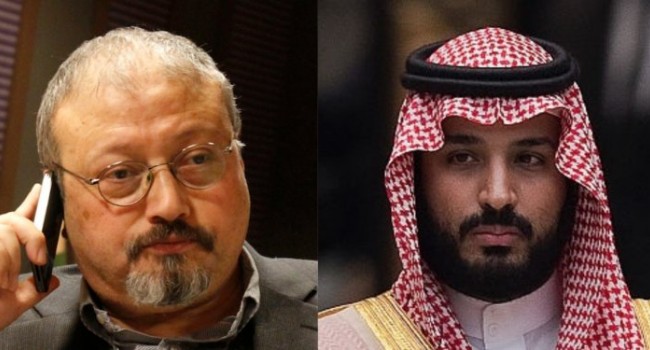 A UN rights expert has concluded, after citing credible evidence that Saudi Crown Prince Mohammed bin Salman should be investigated over the killing of journalist Jamal Khashoggi.

UN extrajudicial executions investigator, Agnes Callamard, released a report on the killing of the late Saudi journalist on Wednesday stating that Khashoggi’s killing constituted an extrajudicial killing for which the State of the Kingdom of Saudi Arabia is responsible.

Read also: ‘Iran has no desire for Conflict’, Hassan Rouhani tells US govt

The CIA and some Western countries allegedly believe bin Salman, also known as MBS, ordered the killing of Khashoggi, a critic of the crown prince’s policies and Washington Post columnist.

According to Aljazeera, Khashoggi’s killing by a team of Saudi operatives on October 2 provoked widespread revolt which tainted the image of the crown prince, who had been lauded for advancing changes including tax reform, infrastructure projects and allowing women to drive.

Although, Khashoggi’s remains have not been found, Callamard has said that she and her team of forensic and legal experts had access to gruesome audio materials of his death obtained by the Turkish intelligence agency.

Related Topics:CIAjournalistmurderSaudi operatives
Up Next

Trump set to deport millions beginning from next week