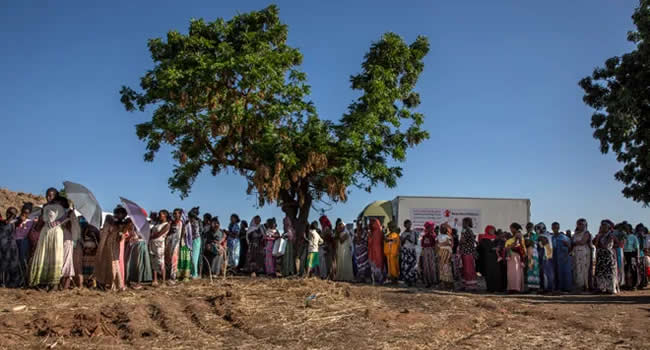 The United Nations has warned of serious famine in Ethiopia’s embattled Tigray region as a result of the ongoing conflict.

UN’s top humanitarian official, Mark Lowcock, on Wednesday, warned that if urgent measures are not taken, the region could be plunged into serious crisis.

“There is a serious risk of famine if assistance is not scaled up in the next two months,” Lowcock, the UN under-secretary-general for humanitarian affairs and emergency relief coordinator, said.

“I urge members of the Security Council and other member states to take any steps possible to prevent a famine from occurring.

“Today, at least 20 percent of the population in that area face emergency food insecurity.

”There is wanton destruction and violence against civilians even now across Tigray.

“In the six and a half months since the start of the conflict in Tigray in early November 2020, an estimated two million people have been displaced. Civilians are being killed and injured.

“Rape and other forms of abhorrent sexual violence are widespread and systematic. Public and private infrastructure and objects indispensable to the survival of civilians have been destroyed, including hospitals and agricultural land,” Lowcock warned.

The conflict in Tigray which is in its seventh month, is estimated to have killed thousands of people and left some five million in need of aid.