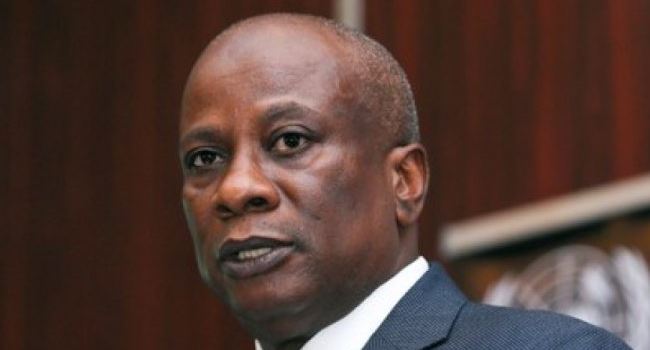 The United Nations has warned of an impending spike in hunger and conflict in the troubled North-Eastern part of the country.

The warning was sounded on Friday by Mr. Edward Kallon, the UN Resident and Humanitarian Coordinator who said that there was a growing number of destitutes in the region.

Kallon who raised the alarm during an online high-level briefing also noted that the number of people needing humanitarian assistance in the North-East was the highest ever recorded in five years of a joint humanitarian response.

He was joined by the Minister of Humanitarian Affairs, Disaster Management and Social Development, Hajiya Sadiya Umar Farouq and Borno State Governor, Professor Babagana Zulum, as well as other UN and NGO representatives.

Kallon said: “The number of people needing humanitarian assistance is the highest ever recorded in five years of a joint humanitarian response.

“The COVID-19 pandemic is affecting us all. Its’ devastating effects will distress Nigeria’s most fragile region. Unless we take immediate action, we should prepare for a spike in conflict, hunger and destitution in North-East Nigeria.”

He noted that the ongoing conflict in North-East — now in its 11th year — and the upsurge in violence witnessed over the past year in Borno, Adamawa and Yobe states, have deepened humanitarian needs.

His words; “Over 10.6 million people— out of a total of 13 million, or four in five people — will need some form of humanitarian assistance in 2020.

“This is close to a 50 percent increase in people in need since last year, mainly from increasing violence and insecurity further compounded by the COVID-19 pandemic,” he noted.