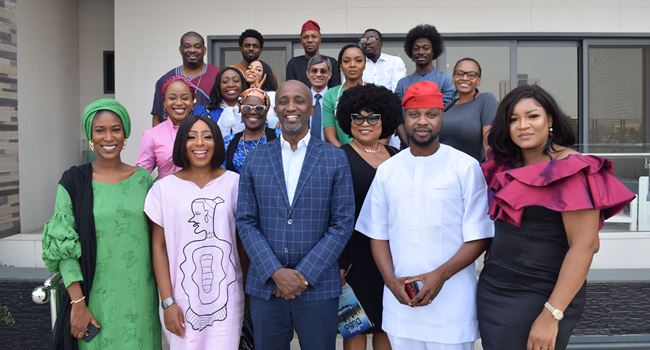 The United Nations Development Programme (UNDP) has partnered with the Nigerian movie industry dubbed Nollywood and players in the music, entertainment industry on movies and content that tells Nigeria’s development agenda.

The partnership became possible when the UNDP held its first series of development conversations with the Nigerian creative’s dubbed #CreateToDevelop, which is part of the recently launched UNDP Nigeria Development Dialogue aimed at creating platforms for conversations to constructively inform on Nigeria’s development memo.

Expounding on the role of creatives in social reforms and behavioral change, Mohamed Yahya, the UNDP Resident Representative to Nigeria, on Thursday, noted that Nigeria’s creative sector has over the years played a critical role in influencing the growth of Africa’s arts and culture.

Mr Yahya explained that, “while policies are crucial for reforms and development in any country, it is only by amplifying the psychology of progress through creative story-telling in every form that we can aspire to becoming a generation that believes in themselves to do better.”

READ ALSO: Charly Boy suggests Anambra gov Obiano is a womanizer who lobbied for his knighthood from the Pope

While speaking during the get together which had the presence of veterans and young creatives across entertainment the sector including Sola Sobowale, Ajoke Silva, Alibaba Akpobome, Don Jazzy, actress and activist, Omotola Jalade-Ekeinde said that the ability to stay on an issue or a cause long enough to establish impact was one of the biggest challenges working with development organisations.

She said; “The biggest challenge working with development organisations is the ability to stay on an issue or a cause long enough to establish impact. It is our hope that whatever areas/stories UNDP commits to will be consistent for longer term engagement in order to ensure success and ability to measure the impact of the causes the organisation chooses to support.”

CORONAVIRUS: WHO declares outbreak a global emergency as death toll in China rises to 213