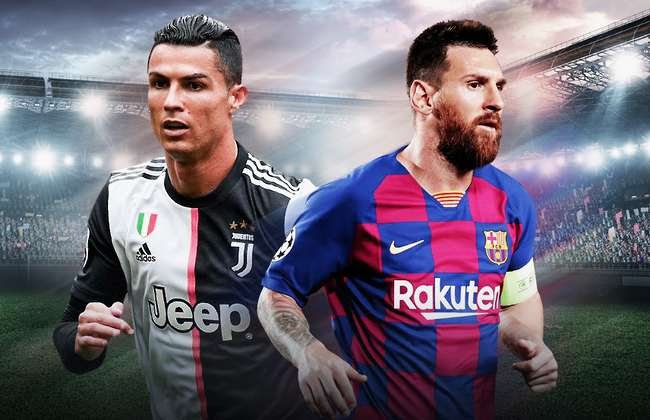 World football’s greatest rivals, Cristiano Ronaldo and Lionel Messi are set to go head to head on Tuesday in the UEFA Champions League.

Messi would be leading Barcelona against Ronaldo’s Juventus in their final group game at the Camp Nou.

Both teams had already qualified for the second round of the competition, but the winners of the group would be decided tonight.

The Spanish side are yet to drop a point this season in the Champions, having won all five games, including the away clash in Turin, which the Catalan giants won 2-0.

Messi and Ronaldo have previously met in five Champions League encounters, with Messi 3-0 up on the Portuguese superstar in terms of goals.

The debate on which player is better has also been revived ahead of the tie, with the managers of both clubs, Ronald Koeman and Andrea Pirlo refusing to join in.

Barca head coach Koeman had diplomatically refused to rank Messi as a superior player to Ronaldo, and his Juventus counterpart followed suit.

“Koeman is right to say that it is not fair to say who is better,” Pirlo explained.

“They have put on a show and have been doing it for 15 years. They have shared the Ballon d’Ors of the last 15 years.

“It is a shame to say if one is better than the other. They are phenomena that make millions of fans rejoice every time they take to the pitch, it is not fair to say who is better.

“We must thank them both because they are good for football.”

Barca will face Juve on Tuesday by 9:00p.m Nigeria time.