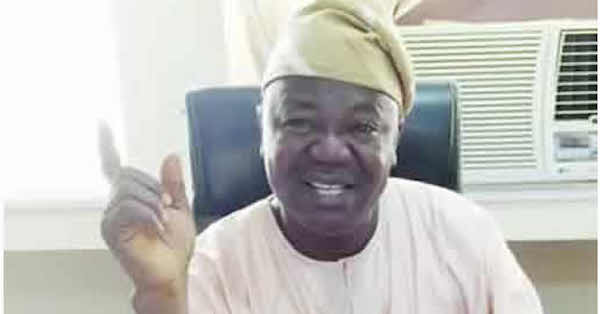 The Academic Staff Union of Universities (ASUU) on Tuesday urged President Muhammadu Buhari to constitute a special visitation panel to look into the purported removal of University of Lagos Vice-Chancellor, Prof. Oluwatoyin Ogundipe.

The ASUU President, Prof. Biodun Ogunyemi, made the call at a press briefing in Abuja.

Ogunyemi said it was imperative for the president to set up the special panel to look into the immediate and remote causes of events that led to the vice-chancellor’s removal by the institution’s governing council.

The council had last week announced the removal of Ogundipe as UNILAG vice-chancellor over alleged gross misconduct and financial impropriety.

However, Ogunyemi said the union was shocked not because the UNILAG vice-chancellor was a saint but because his removal did not follow due process.

He said: “The national leadership of ASUU received the news of the purported removal of the vice-chancellor of the University of Lagos by the governing council chaired by Dr. Wale Babalakin (SAN) with absolute shock and total disappointment.

“We are shocked not because we regard Prof. Oluwatoyin Ogundipe as a saint but for the fact that all available evidence indicates that he was not taken through the due process.

“Despite Dr. Babalakin’s spirited efforts to defend the indefensible, it is now clear to all and sundry that there is more to the story coming from the senior member of the bar.

“We call on Mr. President, as visitor to University of Lagos, to immediately constitute a special visitation panel to look into the immediate and remote causes of the events that led to the purported removal of Prof. Oluwatoyin Ogundipe as VC of UNILAG with a view to bringing all found culpable to book.”

The ASUU president, however, urged the National Universities Commission (NUC) to probe all fraudulent practices allegedly committed by “overzealous vice-chancellors who have compromised academic standards and subverting university ethos in the name of the so-called new normal.”