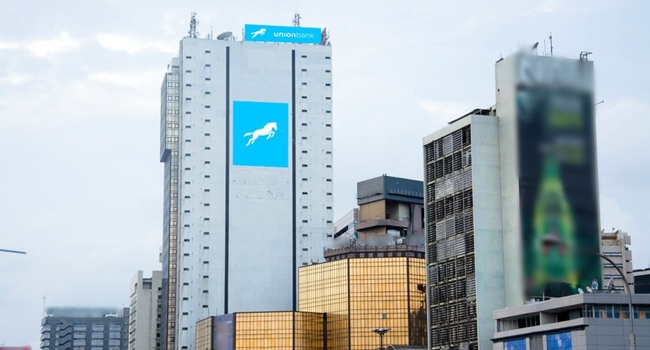 Union Bank Nigeria Plc has claimed ownership of the $2.8 million intercepted by the Economic and Financial Crimes Commission, EFCC, at the Akanu Ibiam International Airport, Enugu on Friday.

The bank claimed ownership of the money in a series of tweets on Friday night.

It would be recalled that EFCC had announced in a statement Friday evening that its operatives arrested two men at the Akanu Ibiam International Airport with a combined cash of $2.8 million.

According to the agency, the suspects mentioned their affiliation to Union Bank and Bankers Warehouse, a cash-in-transit contractor, adding that it was investigating the recovery as money laundering.

Union Bank, however, denied any wrongdoing, insisting that the practice was standard in the banking industry and its contractors were licenced by the Central Bank of Nigeria.

The bank also criticised the EFCC for being too hasty at disclosing the development to the public, “prior to the completion” of investigation.

Shedding more light on the development on Saturday, the spokesman of the EFCC, Tony Orilade, said the money was intercepted at about 7:00 p.m. on Thursday, and it came barely a few weeks after operatives recovered about N940 million from a Lebanese and another $370,000 at Lagos Airport. Conditions of Service: Union shuts down aviation agencies’ offices at Lagos airport.

According to Orilade, the EFCC made concerted efforts to get Union Bank to corroborate accounts of the suspects, but was frustrated for nearly 24 hours.

“We made serious efforts to get Union Bank officials in Enugu and other parts of the country to confirm details of the money, but there was no one ready to cooperate with us.

“We then decided to count the money before the suspects and took it to the CBN in Enugu where it was deposited and records taken”, Oriade said.

The EFCC spokesman further revealed that as of 4:00 p.m. Friday, Union Bank representatives had not come around to claim the money or ask about their staff members arrested.

“It was after we released a statement to the media that they started calling and making noise,” Oriade said.

Mr Orilade further said that the agency was not convinced by Union Bank merely claiming ownership of the money on Twitter.

“Investigation is ongoing, which might prompt prosecution or no prosecution.

“But we would like to let Nigerians know that when we see anything close to infringement of the law, we do not leave anything to chances.”

It is, however, yet unclear if the bank or the Bankers Warehouse has reached out to the anti-graft agency.