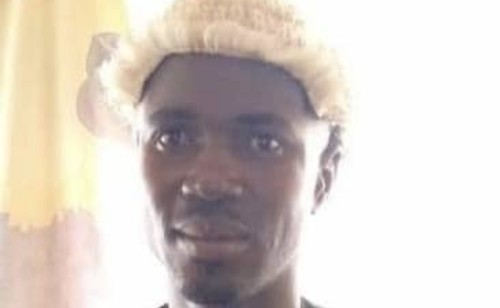 The Commissioner for Agriculture in Ekiti State, Folorunso Olabode has been abducted by unknown gunmen.

His abductors killed a councillor in his entourage on the spot.

The dead councillor, Olatunji Omotosho (pictured above), was a leader in Ilejemeje Local Government Area (LGA) of the state and was with the commissioner when the kidnappers attacked the vehicle they were travelling with along Isan-Iludun road at about 7:30 pm on Sunday, April 26.

The incident has been confirmed by Ekiti State Commissioner of Police, Amba Asuquo, who said that a team of policemen had been deployed to the area where the incident happened.

Asuquo explained that three persons were in the commissioner’s car when they were attacked. He confirmed that one person died on the spot while the other two were kidnapped.

Meanwhile, the state Commissioner for Information, Muyiwa Olumilua said in a statement on Sunday that “Governor Fayemi has mandated the security agencies in the state to ensure their prompt and safe release, while assuring residents that adequate measures are ongoing to maintain the peace and security of the state.”

The governor according to the statement vowed that those behind the attack would be brought to justice.