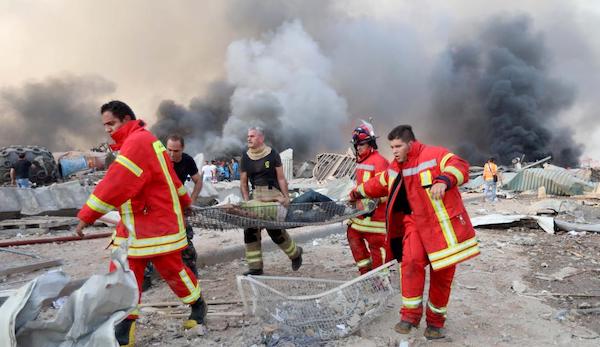 At least 50 people have been killed by a massive explosion that rocked the Lebanese capital, Beirut on Tuesday.

Another 2,500 were injured in the blast that damaged buildings and vehicles in the city.

The country’s Minister of Health, Hamad Hassan, said that the figures were “preliminary estimates,” adding that the blasts had caused a ‘very high number of injuries’ and damage.

“It is a disaster in every sense of the word,” he said while visiting a hospital in the Lebanese capital.

The explosion occurred at about 6:00 p.m. local time at the city’s port, where warehouses are believed to contain explosive materials.

Video footage shows smoke billowing from a building in the port area before an enormous fireball explodes into the sky, sending a vast shockwave across the city that was heard and felt as far away as Cyprus – more than 200km (180 miles) away.