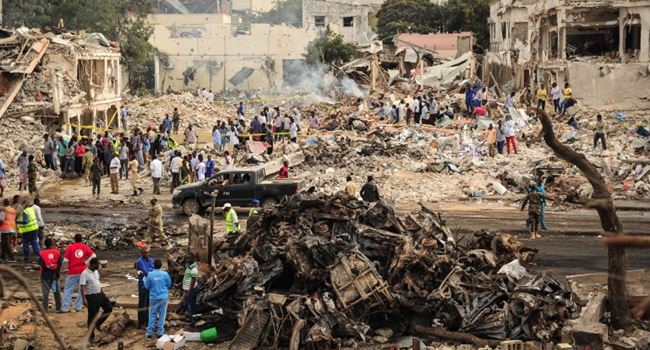 Human rights group, Amnesty International says an investigation has revealed that an air strike carried out by the US in Somalia in March, killed civilians and not militants as reported by the US Africa Command (Africom).

Amnesty International says the farmers numbering up to three were returning to their homes in Mogadishu and Leego and Yaaq Bariwayne in Lower Shabelle, when their vehicle was targeted.

The rights group said the victims had no ties with Islamist militant group al-Shabab and also blamed the US for failing to investigate claims that the victims were not linked with militants.

Eleven people interviewed including co-workers and family of the men killed “were adamant that none of the men was a member of al-Shabab,” it added.

“It’s bad enough that the US Africa Command appears not to know who its air strikes are actually killing and maiming in its secretive war in Somalia,” Abdullahi Hassan, a Somalia researcher for Amnesty, said in a statement.

Africom said in March that its assessment had determined that the air strike had “killed three terrorists” and it was aware of reports of civilian casualties.

US air strikes in Somalia surged in April 2017 after President Donald Trump declared the south of the country an “area of active hostilities”.

Related Topics:FarmersMILITANTSSomaliaUS air strike
Up Next