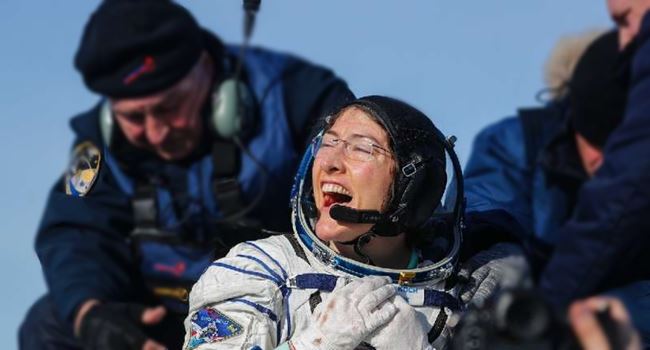 NASA astronaut Christina Koch returned to Earth on Thursday morning after 328 days in space, a record for the longest single spaceflight by a woman and another in a string of recent achievements by female astronauts.

During her mission, Koch completed six spacewalks — including another two with Meir — and spent 42 hours and 15 minutes outside of the station.

Her time in space came at an important moment for NASA, which is going to great lengths to highlight women’s contributions to exploration.

Under a program dubbed Artemis for the twin sister of Apollo, the space agency is preparing to send “the next man and the first woman” to the moon by as early as 2024, as NASA Administrator Jim Bridenstine frequently says.

Koch broke a record set in 2017 by Peggy Whitson, who spent 288 days in space on a single mission, and came within two weeks of the record for a single spaceflight by an American, 340 days, set by Scott Kelly in 2016.

Whitson, who retired from the agency in 2018, said she was pleased to see her single-spaceflight record fall.

“I am always happy that we at NASA are breaking records,” she said in an interview with The Washington Post. “That means we’re moving forward. I think it’s good. It’s a sign of progress. I love it.”