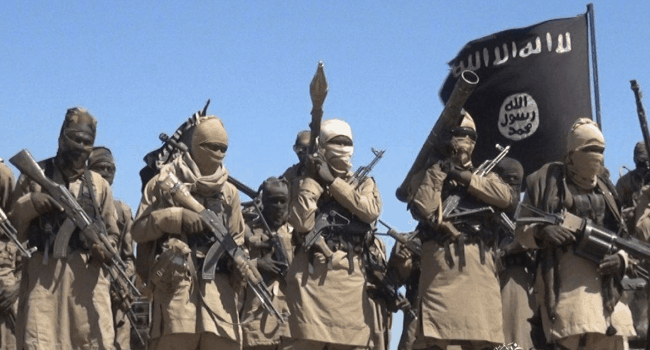 The Commander of the United States Africa Command, Major General Dagvin Aderson, has said that terrorist group, Al-Qaeda is already taking root in the Nortwest geological zone of Nigeria.

Anderson stated this on Tuesday during a virtual press briefing, adding that terrorist groups, including the Islamic State, Al-Qaeda, Boko Haram and Al-Shabaab, have forced over 9000 schools to close down in the last five years in different African countries, including Nigeria.

According to him, the insurgents are replacing the schools with theirs where they brainwash students with damaging ideologies, noting that terrorists were bent on hijacking the minds of the leaders of tomorrow.

Anderson said: “We have seen the violent extremist organisations, these terrorists, take advantage of these conditions over the last five years especially. Al-Qaeda has had a very deliberate campaign to exploit these seams and grievances and to expand their reach, especially into the west.

“We’ve seen that they’ve taken advantage of this also by closing schools, so they – they take away the future. They eliminate that future by shutting down these schools: over 9,000 schools across Africa shut down; 3,000 in Mali and Burkina Faso. That is very concerning to us because what does that mean for future development, for future opportunities for people that live in these regions? And what does it mean as these violent extremist organizations then replace those schools with their ideology and their teachings, which we believe is antithetical to a free and open society and prosperity.

“And then what we’ve seen them do is they’ve expanded now in Mali, but now into northern Burkina Faso, where they attacked infrastructure, then they took out local governance and security forces, and now they are using that, their presence, to control the local economy and exert their control over the population.”

The US General, who warned Nigeria that the Al-Qaeda terrorist movement is gradually occupying the North-Eastern state of Borno and the entire North-West region, however disclosed that the US is engaging Nigeria in the areas of intelligence and training to combat terrorism, especially in the two regions.

He said: “When it comes to Nigeria in general, Nigeria, obviously, is a critical nation to West Africa. It is huge just in its economy, in its population, and just its influence in the region. It is a critical nation and we realise that Nigeria is a lynchpin. For that to have an effect against the VEOs and to have an effect against these stressors, it really takes the Government of Nigeria to lead that effort and to build that energy to coalesce around.

“So, no nation can come in and fix that problem for Nigeria. We can assist with that – and it’s the United States can assist, the United Kingdom, other countries can come in, many countries can come and assist with that partnership – but ultimately it takes leadership from Nigeria in order for us to focus our efforts. We need to understand where Nigeria wants to focus those efforts so we can partner appropriately to have the best effect.

“We have engaged with Nigeria and continue to engage with them in intel sharing and in understanding what these violent extremists are doing, and that has been absolutely critical to their engagements up in the Borno State and into an emerging area of northwest Nigeria that we’re seeing al-Qaeda starting to make some inroads in.

“So this intelligence sharing is absolutely vital and we stay fully engaged with the Government of Nigeria to provide them an understanding of what these terrorists are doing, what Boko Haram is doing, what ISIS-West Africa is doing, and how ISIS and al-Qaeda are looking to expand further south into the littoral areas.”

Advising the Nigerian military on how to earn the trust of the people, Anderson said: “I believe we can engage with our civil-military support elements and talk about how to engage, how the military engages with the civilian populace. The key is the civilians need to have the trust and confidence that their military is there to protect and support them. When the military comes, they need to run to the aid of – run to the military and to their aid.

“So how do – how do we help train these militaries in that civil-military engagement? Because that’s where the terrorists look to engage. It’s very much a civilian-centric model, and they look to separate those populations from the government and from the militaries and to seek an alternative form of governance or an alternative to what that central state provides.”