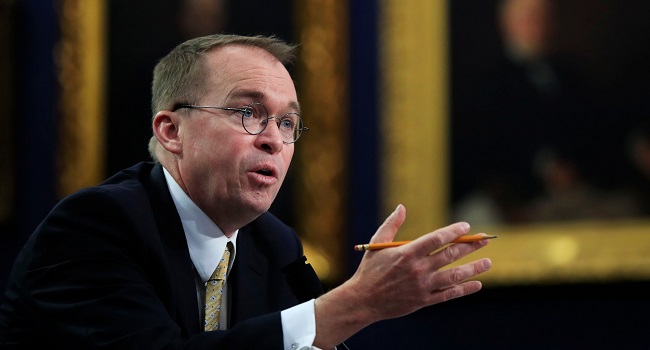 A package of bills that would re-open the federal government without approving money for President Donald Trump’s border wall is set to be introduced by US House Democrats.

According to reports, the package to end the shutdown will include one bill to fund the Department of Homeland Security at current levels, with $1.3billion for border security, through February 8.

It will also include six other bipartisan bills to fund the departments of Agriculture, Interior, Housing and Urban Development and others closed by the partial shutdown.

The latest development comes after Mick Mulvaney, the budget director and chief of staff to Trump revealed in an interview that the partial government shutdown in the US could continue to January 3, when the new Congress convenes and Democrats take over the House of Representatives.
The shutdown came in place after Trump and the US Congress failed to reach a deal on the proposed US-Mexico border.

Trump has demanded $5 billion as a down-payment on construction of a huge wall that he argues is the only way to keep illegal immigrants and drugs from entering the United States.