US denounces China’s treatment of minorities, describes it as ‘stain of the century’ | Ripples Nigeria 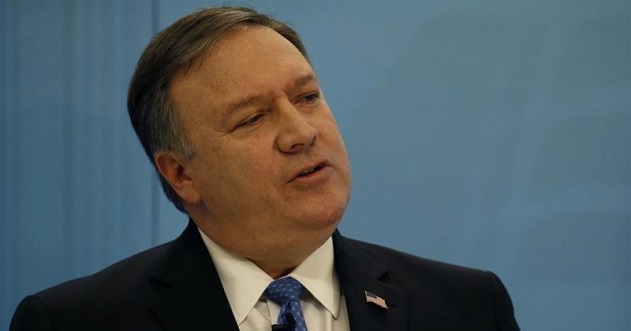 The United States Secretary of State, Mike Pompeo condemned China’s treatment of Uighur minorities describing the Asian country as ‘home to one of the worst human rights crises of our time’.

Pompeo who was speaking at the United States-hosted Ministerial event to Advance Religious Freedom conference, also accused Beijing of pressuring countries not to attend the gathering.

“China is home to one of the worst human rights crises of our time,” Pompeo told participants at the end of the three-day conference in Washington, DC. “Is that consistent with the guarantee of religious belief that is found directly in the Chinese constitution?”

Pompeo’s comments comes weeks after nearly two dozen Western countries condemned China for the detention of at least 1 million Uighur minorities, and other Muslims held in detention centres in the remote western Xinjiang region of the country.

U.N. experts and activists strongly https://www.aljazeera.com/news/2019/07/century-denounces-china-treatment-uighurs-190718134228281.html in an unprecedented letter issued to the president of the U.N. Human Rights Council dated July 8, the first of such joint move on the issue.

SEN SANI TO BUHARI: Work with Obasanjo, other ex-leaders to address insecurity