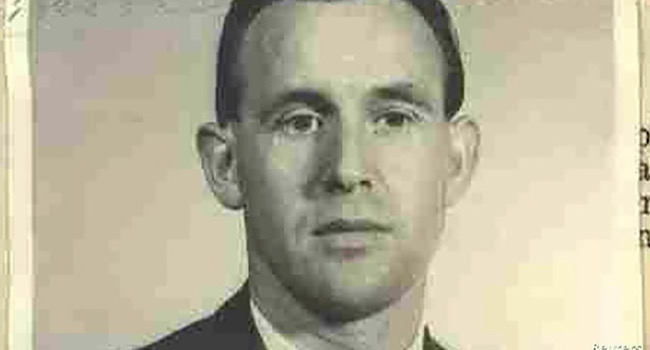 The United States has deported a 95-year-old former Nazi concentration camp guard during the Second World War to Germany to face war crimes.

The US Department of Justice (DoJ) said in a statement that the deportee, Friedrich Karl Berger, who had been living in Tennessee for many years, was deported from the US on Friday for “participating in Nazi-sponsored acts of persecution” while serving as a guard at the Neuengamme concentration camp subcamp in 1945.

The DoJ revealed that Berger was removed from the country under the 1978 Holtzman Amendment, because of his “willing service as an armed guard of prisoners at a concentration camp where persecution took place.”

He arrived in Frankfurt on Saturday morning and was handed over to Hesse State investigators for questioning.

Last week, a 100-year-old man was charged with 3,518 counts of being an accessory to murder for allegedly working as a guard at a concentration camp just outside of Berlin, according to the Associated Press.

Berger, who had lived in the US since 1959, was ordered to be expelled from the country by a Tennessee court in February 2020.

The DoJ statement described the conditions of prisoners at the Neuengamme concentration camp as ‘atrocious,’ and said they were forced to work “to the point of exhaustion and death.”

During the trial, Berger admitted that he prevented prisoners from escaping and confessed that he never requested transfer from his role.

The 95-year-old still receives a pension from Germany for his previous employment in the country, which includes his ‘wartime service.’

Tennessee acting Attorney General Monty Wilkinson who ordered Berger’s deportation, said his (Berger’s) deportation demonstrates the department’s “commitment to ensuring that the United States is not a safe haven for those who have participated in Nazi crimes against humanity and other human rights abuses.”

“In this year in which we mark the 75th anniversary of the Nuremberg convictions, this case shows that the passage even of many decades will not deter the department from pursuing justice on behalf of the victims of Nazi crimes.”

The Justice Department confirmed that Berger is the 70th person identified as a Nazi persecutor to be deported from the US.

Acting Immigration and Customs Enforcement (ICE) Director Tae Johnson, in a statement, said that “this case exemplifies the steadfast dedication of both ICE and the Department of Justice to pursue justice and to hunt relentlessly for those who participated in one of history’s greatest atrocities, no matter how long it takes.”