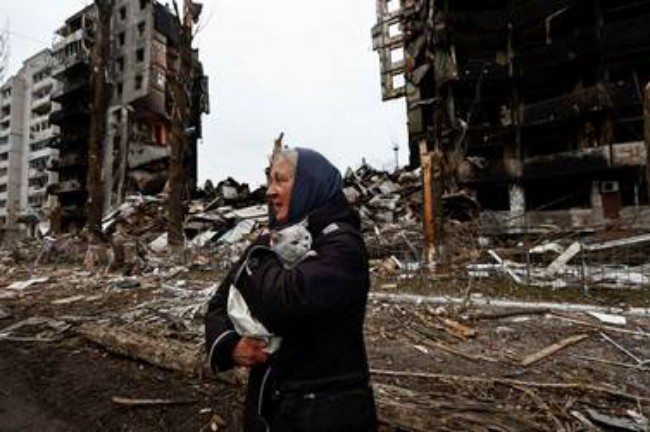 Russia is to face another rash of restrictions as the United States, the European Union and the G7, plan to announce stricter new sanctions against it on Wednesday, days after the bodies of many civilians were found outside the Ukrainian capital Kyiv.

The penalties will include a ban on all new investment in Russia, increased sanctions on financial institutions and state-owned enterprises in Russia, and sanctions on Russian government officials and their family members.

“You can expect that the sanctions will target Russian government officials, their family members, Russian-owned financial institutions, also state-owned enterprises.

Earlier on Tuesday, European Commission President Ursula von der Leyen, had said the EU was proposing to ban most Russian ships and trucks from entering the bloc, as well as Russian coal imports.

He said the EU would also push ahead with a debate on Russian oil which she said was a sensitive issue in Europe, where many countries are dependent on Russian fuel imports.

The EU sanctions include expanding export controls on technologies used in the Russian defence sector and other key industries, as well as restrictions on sales of equipment that can be used to liquefy natural gas.

They have also proposed sanctioning more entities, including banks such as VTB Bank PJSC, that have been cut off from the Swift global payments messaging system but are not yet fully sanctioned.

Also on Tuesday, Ukrainian President Volodymyr Zelenskyy, while giving his first address to the UN Security Council, shared details of alleged Russian atrocities in his country.

“They killed entire families, adults and children, and they try to burn the bodies.

“Civilians were crushed by tanks while sitting in their cars in the middle of the road. And just for their pleasure, they cut off limbs … slashed their throats,” Zelenskyy said.

US sanctions Putin’s daughters, prime minister, others over ‘attrocities’ in Ukraine

Two dead as devastating tornadoes rip through US Texas state