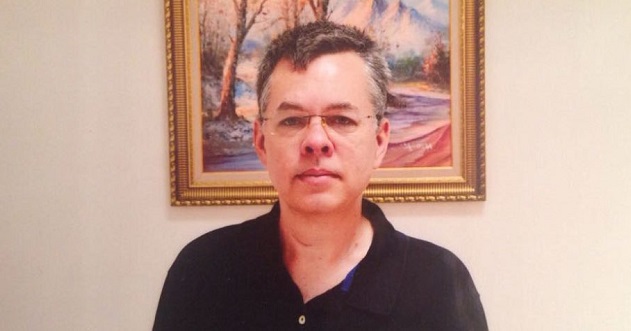 The President of Turkey Recep Tayyip Erdogan has revealed that the United States of America has given his country an ultimatum to release jailed pastor Andrew Brunson.

According to Erdogan who was speaking to supporters in the Black Sea coastal city of Trabzon, Washington had threatened sanctions if Turkey refused to release the pastor.

Washington and Ankara had been at loggerheads over the release of an American pastor Andrew Brunson who is held in Turkey.

Brunson, a Christian pastor from North Carolina who has lived in Turkey for more than two decades was detained by a court in Turkey on charges bordering on spying and terrorism and now faces up to 35 years in jail if found guilty.

Related Topics:Nigerian newspapersripples nigeriaturkeyTurkey says US has issued it a deadline over release of pastorUS issues Turkey deadline
Up Next