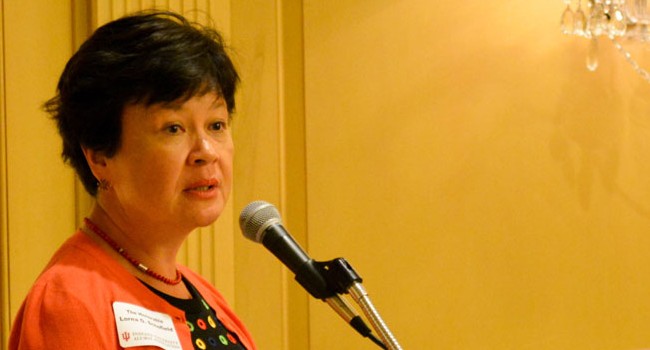 A request made by the federal government of Nigeria seeking for details of 10 bank accounts allegedly owned by former President Goodluck Jonathan, his wife and Diezani Alison-Madueke, a former petroleum minister, has been granted by New York federal judge, Lorna Schofield.

The filings tendered to prove the case were done by Alexander Pencu, a partner of Meister Seelig & Fein LLP, attorneys for the Federal Republic of Nigeria and Abubakar Malami, the Attorney General of the Federation and Minister of Justice of Nigeria.

According to reports, former political office holders whose accounts are expected to be accessed include former President Goodluck Jonathan and his wife, Patience Faka Jonathan; former oil minister who is now late, Rilwanu Lukman; Diezani Alison-Madueke, a former petroleum minister during the tenure of Mr Jonathan; and Allison Amaechina Madueke; former attorney general and minister of justice, Mohammed Bello Adoke.

READ ALSO: Reps begin probe of Chinese and their businesses in Nigeria

Others named in the subpoena are Taofiq Tijani; Grace Taiga; Mohammad Kuchazi; one Michael Quinn, who died in 2014; James Nolan; Adam Quinn; and Ibrahim Dikko.

According to Bloomberg, the Federal Government is seeking the bank documents to enable it to prove that the $9.6 billion arbitration was obtained by P&ID by fraud.

Meanwhile, Jonathan has said that he had no foreign accounts.

In a statement on Tuesday by his spokesman, Ikechukwu Eze, he said:

“Our attention has been drawn to international media reports to the effect that the Federal Government of Nigeria has subpoenaed bank records for former President Goodluck Jonathan, and his wife, Dame Patience Jonathan in the United States of America.

“We aver that the Federal Government of Nigeria did not contact Dr Jonathan or his wife before issuing these subpoenas. If they had, we would have advised them of the fact that you cannot subpoena what does not exist. We also remind the public that on March 5, 2014, during the swearing in of new ministers, then President Jonathan said “I am loyal to Nigeria’s economy. I don’t have accounts or property abroad.

“We are confident in stating that between that time and now, nothing has changed with regards to Dr Goodluck Jonathan. He has no accounts in the United States of America, and encourages US authorities to cooperate fully with the Federal Government of Nigeria’s subpoena.”

COVID-19: Akwa Ibom decries movement of corpses from Lagos into state amid lockdown