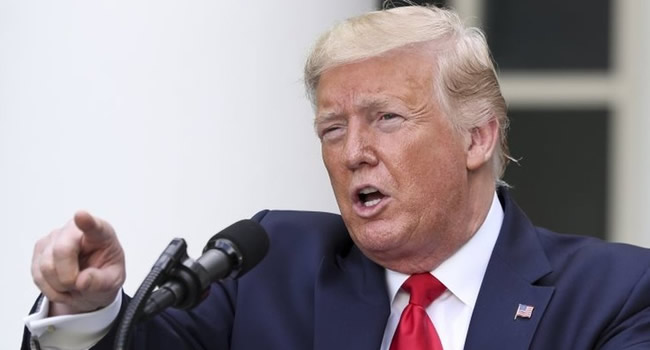 A US judge overseeing the $10,000 daily fine imposed on former President Donald Trump for contempt of court, has declined to vacate the order after rejecting a sworn affidavit by Trump on Friday that he was not in possession of documents earlier subpoenaed by the New York Attorney General’s Office.

The subpoena was issued as part of the attorney general’s civil investigation into the way Trump valued his real estate empire.

In the affidavit, Trump had stated thus:

“To the best of my knowledge, (i) I do not have any of the documents requested in the subpoena dated December 1, 2021 in my personal possession; and (ii) if there are any documents responsive to the subpoena I believe they would be in the possession or custody of the Trump Organization.

“At all relevant times, I have authorized, and continue to authorize, the release of a responsive document to the Office of the Attorney General.:

Read also : Putin would never have considered Ukraine invasion during my time as US President – Trump

But Judge Arthur Engoron was unsatisfied with Trump’s defense and denied his motion to purge the contempt finding and the fine that accompanies it.

The judge’s ruling said that “the affirmations submitted by counsel for Mr. Trump are insufficient in that they fail to specify who searched for each respective request, at what time, where, and using what search protocols; it is not sufficient simply to attach a list of people who participated in the searches.”

“Furthermore,” Engoron added, “Mr. Trump’s personal affidavit fails to state where he kept his files, how his files were stored in the regular course of business, who had access to such files … and, importantly, where he believes such files are currently located.”

Trump’s lawyer, Alina Habba while responding to the ruling, said the team would immediately lodge an appeal.

“We will zealously prosecute our appeal of the Court’s improper application of both law and fact.”

Related Topics:trumpUS Court
Up Next

North Korea warns South it would use nuclear weapons if threatened