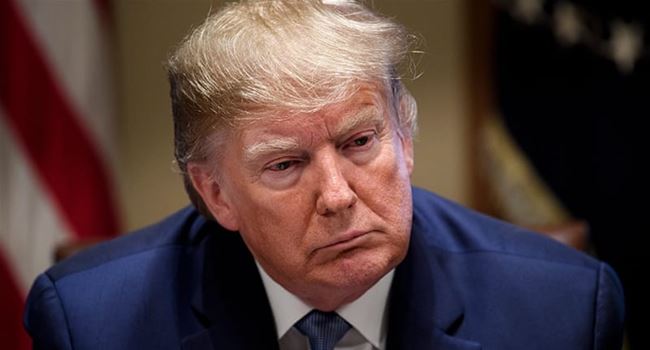 The US House of Representatives on Wednesday voted almost along party lines to invoke the 25th Amendment of the Constitution to impeach embattled President, Donald Trump.

Reports say Democrats are now swiftly moving towards impeaching Trump with a single charge: “Incitement of insurrection” over the violent siege of the US Capitol with several Republicans also saying they will vote to impeach him.

A Republican identified as Herrera Beutler who is a moderate from the state of Washington in a statement said; “The president’s offenses, in my reading of the Constitution, were impeachable based on the indisputable evidence we already have”.

Another Republican, Kinzinger said Trump broke his oath of office by inciting his supporters to insurrection and used his position to attack the legislative branch of government.

Meanwhile, Christopher Georgia, 53, who is from the state of Georgia and a supporter of Trump who also participated in the US Capitol riot has killed himself.

According to a report on Wednesday by the Atlanta Journal-Constitution, Christopher died from a self-inflicted gunshot wound to his chest, and his body was found in the basement of a home.

Washington, DC police had arrested Georgia and charged him with “unlawful entry of public property” and violating the US capital’s curfew in connection with last week’s deadly attack of Congress by Trump supporters.

No political party should cede 2023 presidency to south-east

Kukah has nothing to apologise to Muslims for —Fani-Kayode