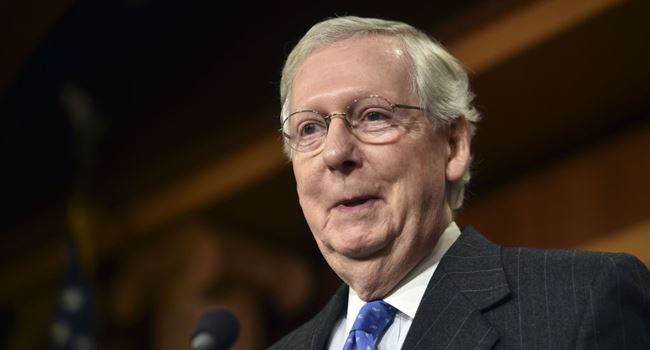 A host of US lawmakers have condemned Iran over its alleged attack on two oil facilities in the Abqaiq and Khurais areas of Saudi Arabia.

Some members of the U.S. Congress blasted Iran while also expressing wariness about U.S. military action, especially before they have a clearer picture of who was behind the attack.

US Senate Republican majority leader, Mitch McConnell, called the attack “brazen” with significant implications for the global energy market and said he welcomed Trump’s preparation to potentially release oil from the Strategic Petroleum Reserve to stabilize markets if necessary.

“I hope our international partners will join us in imposing consequences on Iran for this reckless destabilizing attack,” McConnell said as he opened the Senate.

However, Senator Jim Risch, the Republican chairman of the foreign relations panel, who also condemned the attack, warned of U.S. retaliation in case of an attack on U.S. troops.

“Iran should not underestimate the United States’ resolve,” he said. “Any attack against U.S. forces deployed abroad must be met with an overwhelming response – no targets are off the table.”

President of the United States of America, Donald Trump insists that Iran is behind the attack of two oil facilities in Saudi Arabia.

According to Trump, it looked like Iran was responsible for attacks over the weekend on Saudi Arabian oil plants, but he wants to avoid war.