US moves to reduce Iran's oil earnings to zero 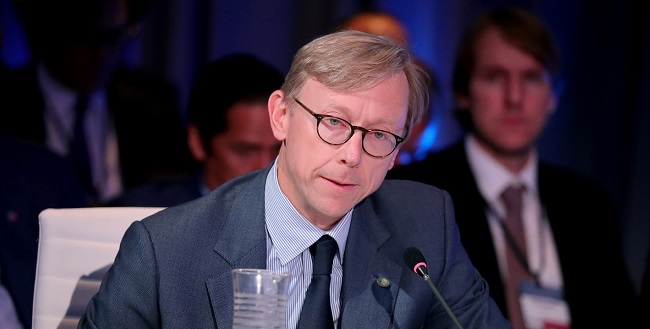 A campaign to reduce Iran’s oil earnings to zero has been launched by President Donald Trump’s administration.

According to reports, the US State Department has spelled out a campaign of “maximum economic and diplomatic pressure” to drive Iran towards negotiating a “better” deal to replace the Iran nuclear deal.

Sources say Washington’s goal is to get as many countries as possible down to zero Iranian oil imports.

Brian Hook, the State Department Director of Policy Planning while fielding questions from newsmen said Iran is not a “normal” country and must meet 12 demands in order to be relieved of US sanctions.

The ongoing plans against Iran is coming two months after Donald Trump announced US withdrawal from the Iran nuclear deal.

Pompeo heads to N’Korea as doubts over denuclearisation process increases