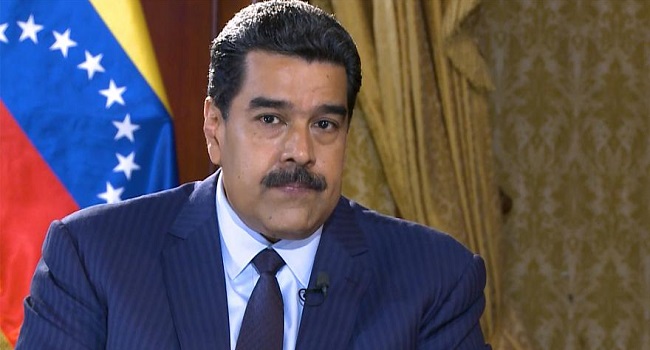 The United States Government led by President Donald Trump has offered the princely sum of $15m reward for anyone with information leading to the arrest of Venezuela’s President, Nicolás Maduro.

This comes after Trump’s administration announced Thursday, indictments against Maduro and members of his inner circle for effectively converting Venezuela’s state into a criminal enterprise at the service of drug traffickers and terrorist groups.

The American government accused the socialist leader and other Venezuelan officials of conspiring with Colombian rebels “to flood the United States with cocaine”.

In a statement on Thursday, the US Department of Justice said; “We estimate that somewhere between 200 and 250 metric tonnes of cocaine are shipped out of Venezuela by these routes. Those 250 metric tonnes equates to 30 million lethal doses.

“The Venezuelan people deserve a transparent, responsible, representative government that serves the needs of the people – and that does not…. engage in illicit narcotics trafficking.

“These individuals violated the public trust by facilitating shipments of narcotics from Venezuela, including control over planes that leave from a Venezuelan air base,” the statement added.