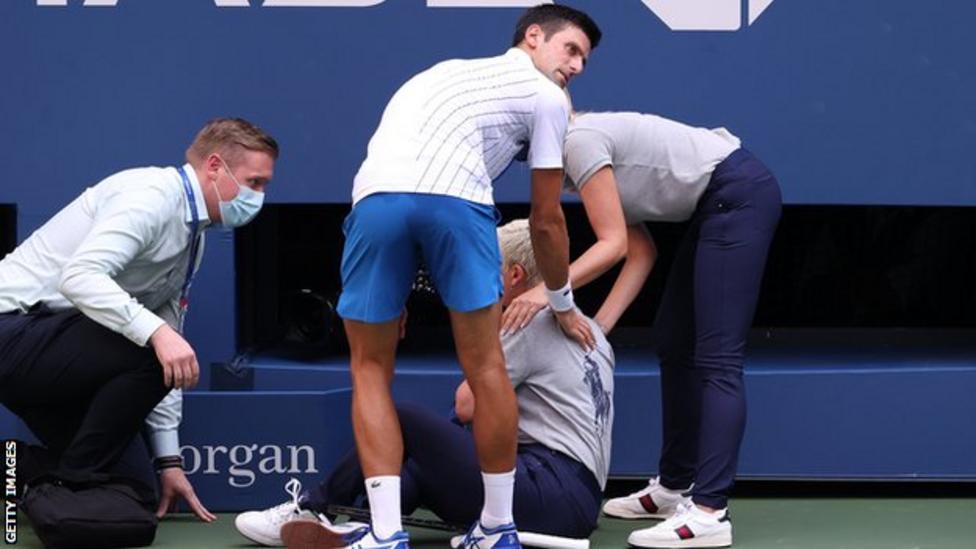 World number one, Novak Djokovic has apologised for hitting a line judge with a ball at the US Open during his fourth round match.

The Serbian, who was disqualified from the tournament after his action, says he is “extremely sorry” for creating such stress for the judge.

Djokovic had just had his serve broken during the match against Spain’s Pablo Carreno Busta when he took a ball out of his pocket and hit it behind him, striking the woman in her throat.

“This whole situation has left me really sad and empty,” said Djokovic.

“I’m extremely sorry to have caused her such stress. So unintended. So wrong. I’m not disclosing her name to respect her privacy.”

Read Also: Djokovic wants to play at US Open for Tennis to ‘keep going’

After a lengthy discussion, Djokovic was defaulted by tournament officials at Flushing Meadows.

He will lose all ranking points earned at the US Open and will forfeit the prize money he had won at the tournament.

“As for the disqualification, I need to go back within and work on my disappointment and turn this all into a lesson for my growth and evolution as a player and human being,” Djokovic added in a statement on Instagram.

“I apologise to the US Open tournament and everyone associated for my behaviour.”

His exit ended his hopes of winning an 18th Grand Slam title and narrowing the gap on Rafael Nadal (19) and Roger Federer (20) in the race to finish with the most men’s major wins.