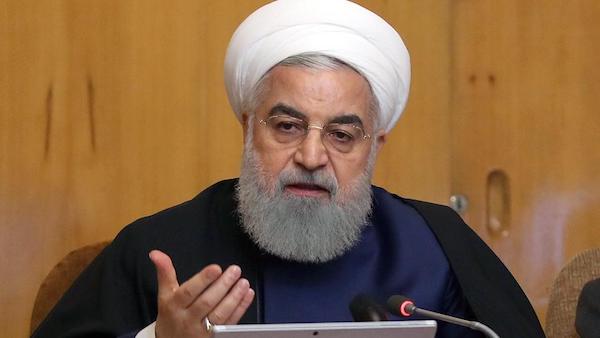 Reacting to fresh sanctions imposed by the United States on Iran, President Hassan Rouhani has said “the White House is suffering from intellectual disability.”

He also described the sanctions as “outrageous and idiotic.”

US President, Donald Trump, had in retaliation to the downing of a US drone last week, imposed sanctions targeted at Iran’s supreme leader Ayatollah Khamenei and several other high-ranking officials.

Trump’s administration also reiterated that it is open to negotiating with the Islamic Republic without any preconditions.

READ ALSO: US secretary in Saudi Arabia amid drone attack threats from Iran

CNN reports that the Iranian president while speaking on Tuesday at a press conference, accused the US of “lying” about wanting to resume talks between the two countries.

“You say you really want to hold talks with us.”

“But at the same time you’re saying that you want to boycott and sanction our foreign minister, so you’re lying,” Rouhani said.

Also, a spokesperson for Iran’s foreign ministry noted the day before that the new measures meant “a permanent closure of the path to diplomacy.”