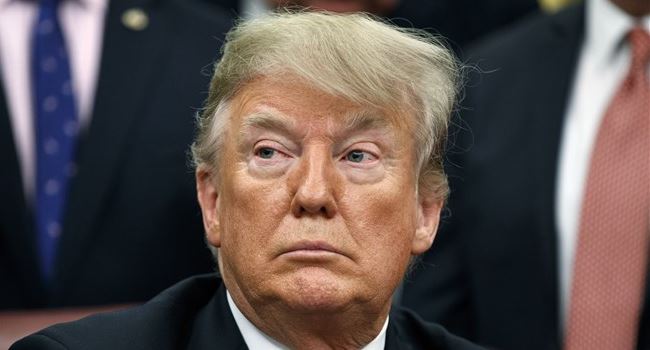 The United States has imposed sanctions on Turkish ministries and senior government officials in response to the country’s military offensive in northern Syria.

Mr. Pence said he would travel to the region “as quickly as possible.”

The BBC reports that the move comes after criticism of a US troop withdrawal from the region which some say gave Turkey a “green light.”

The Turkish offensive, which began last week, aims to push the Kurdish-led Syrian Democratic Forces (SDF) from the border region.
Turkey considers the biggest militia in the SDF a terrorist organisation.

Turkish forces also want to establish what their government describes as a “safe zone” in the area, to resettle up to two million Syrian refugees currently in Turkey.

Many of them are not Kurds and critics warn this could lead to the ethnic cleansing of the local Kurdish population.

Kurdish-led forces have been a key ally of the US in the fight against the Islamic State (IS) group in Syria.

They described the US withdrawal, which preceded Turkish action, as being a “stab in the back.”