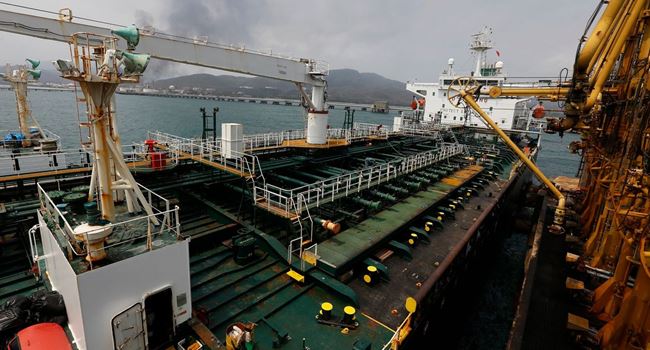 The United States of America has seized no fewer than four Iranian ships laden with gas which were all heading to Venezuela.

The seizure of the ships was confirmed on Friday by a senior American official as the US steps up its campaign of maximum pressure against the two heavily sanctioned axis nations.

According to the official, no military force was used in the seizures and the ships were not physically confiscated.

Rather, US officials on ground threatened ship owners, insurers and captains with sanctions to force them to hand over their cargo, which now becomes US property.

Prosecutors say the four ships were transporting to Venezuela 1.1 million barrels of gasoline.

Reacting to the development, Iran’s ambassador to Venezuela said reports that Iranian tankers had been seized were “yet another lie and psychological warfare” by the United States.

“The ships are not Iranian, and neither the owner nor its flag has anything to do with Iran,” Hojat Soltani said on Twitter in Spanish.

“This is another lie and act of psychological warfare perpetrated by the US propaganda machine,” Soltani said.

“The terrorist #Trump cannot compensate for his humiliation and defeat by Iran using false propaganda,” he concluded.