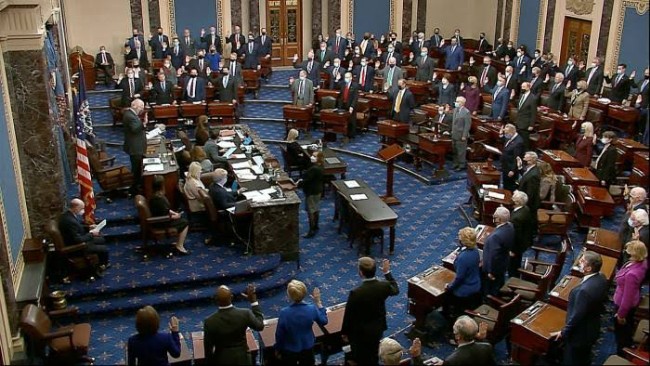 The United States Senate on Thursday unanimously approved a $40 billion emergency military and humanitarian aid package for Ukraine as the country battles to combat and beat back Russia’s devaststing invasion.

The quickfire approval followed last week’s consent by the House of Representatives which voted in favor of the aid package with President Joe Biden expected to sign the measure promptly.

The amount meant to serve as emergency military and humanitarian aid package for Ukraine, moved quickly and with little debate to deepen the United States’ support for an increasingly costly and protracted fight against a brutal Russian invasion.

The measure, paired with an initial emergency infusion of aid to Kyiv that was approved in March, amounts to the largest package of foreign aid passed by Congress in at least two decades, bringing to roughly $54 billion the total American investment in the war in just over two months.

“I applaud the Congress for sending a clear bipartisan message to the world that the people of the United States stand together with the brave people of Ukraine as they defend their democracy and freedom,” Biden was quoted in a statement.

Shortly after the vote, the president also announced that he would send another package of artillery, radars, and other equipment to Ukraine.