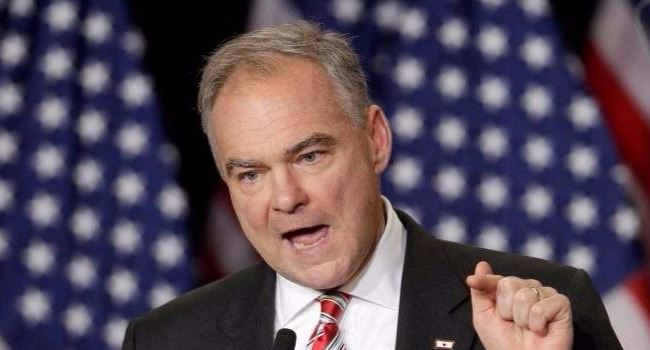 A legislation set aside to limit the powers of President Donald Trump to wage war against pariah Asian nation; Iran has been backed by the Senate of the United State of America.

The move to limit Trump’s powers on Thursday comes after a strike against an Iranian military commander and Tehran’s retaliation last month which raised fears of broader regional conflict.

Authored by Senator Tim Kaine, the legislation says Trump must win approval from Congress before engaging in further military action against Iran. Eight Republicans joined with Democrats to pass the resolution by a 55-45 vote.

According to Kaine and other supporters of the legislation, the resolution was not about Trump, but instead was an important reassertion of congressional power to declare war.

While Trump and other presidents “must always have the ability to defend the United States from imminent attack, the executive power to initiate war stops there”, Kaine said. “An offensive war requires a congressional debate and vote.”

The development comes after Trump fired two of the highest-profile witnesses in his just concluded impeachment probe launched by Democrats.

Reports say he swiftly moved to recall his ambassador to the European Union, Gordon Sondland, just hours after Lieutenant Colonel Alexander Vindman, a decorated soldier who was the top Ukraine expert at the National Security Council (NSC), was ordered out of the White House.

The move by Trump to sack the high-profile witnesses sparked fresh debate in some quarters that the controversial US leader is now on an aggressive campaign of revenge.