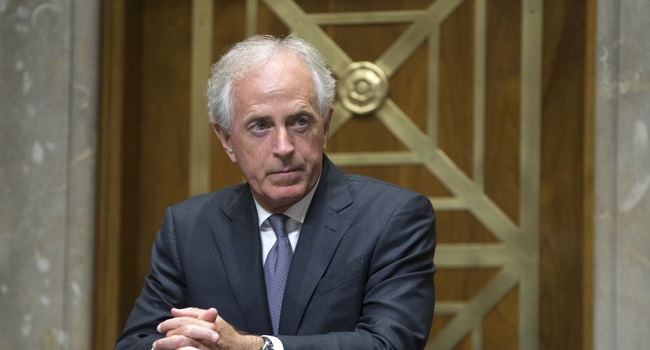 Controversial US President Donald Trump has been handed a rare double rebuke over the festering war in Yemen and the brutal murder of Washington Post journalist Jamal Khashoggi.

According to reports, the US Senate has voted to end U.S. military support for the war inYemen and also blamed Saudi Crown Prince for the murder of Khashoggi.

In a historic move, Senators voted 56-41 to end U.S. military support for the Saudi-led coalition in Yemen’s civil war and immediately after the votes, the Senate also backed a resolution blaming Saudi Crown Prince for Khashoggi’s murder and insisting that Saudi Arabia should hold accountable anyone responsible for his death.

Readalso: Death toll rises to 7 as tropical storm Florence is predicted to battereastern US states for days

“Unanimously, the United States Senate has said that Crown Prince Mohammed bin Salman is responsible for the murder of Jamal Khashoggi. That is a strong statement. I think it speaks to the values that we hold dear,” said Republican Senator Bob Corker, chairman of the Foreign Relations Committee and sponsor of the resolution.

The move comes a day after a group of US Senators led by Lindsey Graham, a South Carolina Republican, and Senator Bob Menendez, a New Jersey Democrat vowed to pound Saudi Arabia with concrete sanctions over the war in Yemen and the murder of Khashoggi.

The proposition came after the US Senate moved to vote on Thursday on a resolution condemning Saudi for its conduct with plans to advance legislation imposing financial penalties and prohibiting arms sales on the kingdom when the new Congress begins in January.

The group of senators also signaled they would like to see Saudi Arabia remove Crown Prince Mohammed bin Salman from power. �;�$\� �[