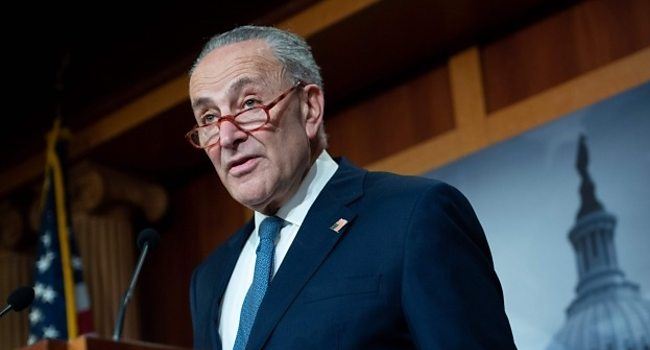 The Senate of the United States of America was a battle ground of some sort on Tuesday as Republican and Democratic leaders in the Senate clashed over rules of President Donald Trump’s impeachment trial.

Democrats demanded assurances that witnesses and documents will be allowed, to enable what they term a fair trial with top party member, Chuck Schumer saying the recent release of an “explosive” email about aid to Ukraine is a reminder of why openness is necessary.

However, Republican leader Mitch McConnell says he has not ruled out witnesses stating further that he stopped short of agreeing ahead of time to take testimony during the trial.

Democrats are seeking more evidence to aid push for more testimony against Trump who faces a Senate trial, possibly in January after he was impeached from office for abuse of power.

Moments after White House signaled that it was comfortable with plans by Senate Republicans to avoid calling any new witnesses, the Democrats on Sunday seized a newly released email on military aid to push for more testimony in the impeachment of Trump.

According to reports, the internal email, part of a series published by the investigative non-profit Center for Public Integrity, revealed, that a budget official told the Pentagon to “hold off” on military aid to Ukraine.

The report also revealed that the order given to Pentagon was made 91 minutes after a controversial phone call between Trump and his Ukrainian counterpart Volodymyr Zelenskyy.