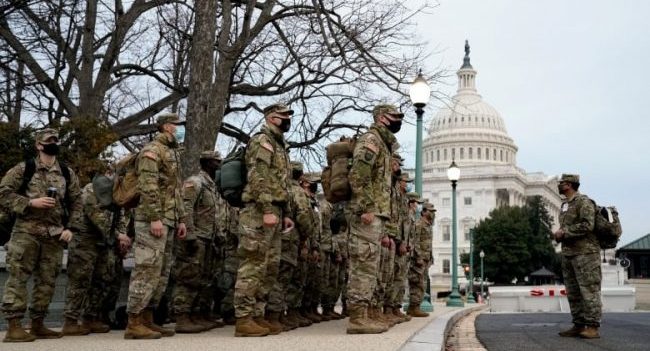 Several US States have beefed up security against potential violent demonstrations and attacks ahead of President-elect, Joe Biden’s inauguration set for January 20.

Reports say as at Saturday, several US States including; California, Michigan, Pennsylvania, Kentucky and Florida, had activated their National Guard forces to bolster security against possible violence.

Further reports revealed that the security build-ups by US States was initiated after the FBI warned police agencies across the US of possible armed protests starting on Saturday and lasting through Biden’s inauguration on Wednesday.

This came after embattled outgoing President of the USA, Donald Trump ‘unequivocally’ condemned the attack targeted at Congress members during sessions at Capitol Hill by his (Trump’s) supporters on the 6th of January.

Trump in a remorseful video message posted by the White House on Twitter said that the incursion of the U.S. Capitol struck at the very heart” of the country and “angered millions.

QuickRead: Buhari sits as judge. Four other stories we tracked and why they matter