US to distribute 6.4m doses of Covid-19 vaccine | Ripples Nigeria 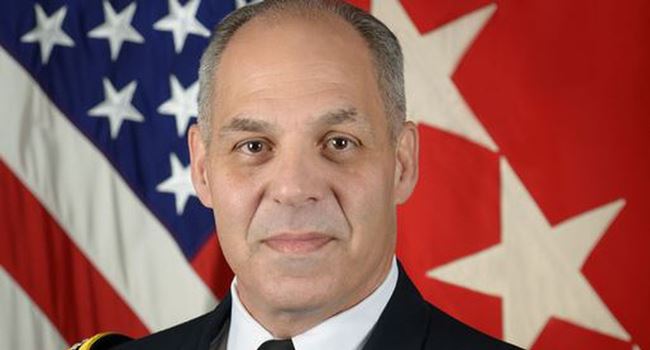 Concerned authorities in the United States of America have revealed that plans are in place to distribute 6.4 million doses of the Pfizer-BioNTech Covid-19 vaccine in the first week of December after it is cleared for use.

This was revealed on Tuesday by General Gustave Perna, chief operations officer for the government’s Operation Warp Speed, who told reporters some 40 million doses of vaccine would be available for emergency use next month.

According to him, the above figure includes another vaccine developed by Moderna and the National Institutes for Health, which announced some preliminary efficacy results last week.

Perna said; “64 jurisdictions across the US — including the 50 states, territories like the capital Washington and Puerto Rico and Indian reservations — received their allocation numbers on Friday.”

In a related development, the World Health Organization (WHO), there are more than 150 vaccines under development for COVID-19.

Some of the vaccines are getting closer to release as they pass through the third phase of human trials.

According to the WHO’s chief scientist, Dr Soumya Swaminathan, phase one of human trials is usually carried out on 30 to 50 people to make sure the vaccine is safe and does not have any unexpected side effects. Phase two involves a larger trial that begins to look at the vaccine’s immunogenicity, which is whether it elicits the required immune response. Phase three trials usually involve tens of thousands of people and test the efficacy of the vaccine, which is how well it protects a person against infection, as well as its safety in such a large group.