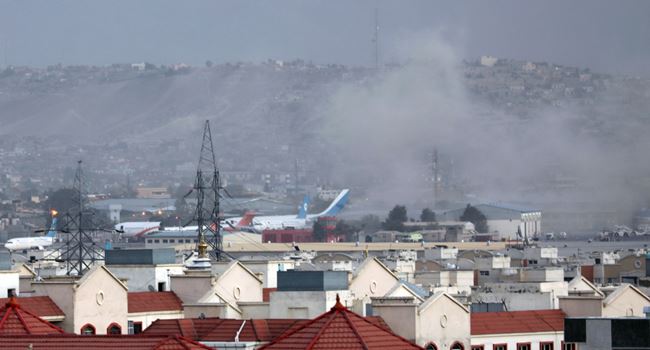 The United States has vowed to continue the evacuation of American citizens and its allies out of troubled Afghanistan despite threats of more terrorist attacks, following two deadly bombings that claimed the lives of more than 100 people at the Kabul’s airport on Thursday.

At least 100 Afghans have been confirmed dead and another 140 injured in the twin bombings after suicide bombers and gunmen attacked packed crowds outside the airport, according to an official with Afghanistan’s Ministry of Health. The Pentagon also reported that 13 US Service members were killed and 18 others injured in the attacks.

Ten Marines were among the troops killed and several more were wounded, Marine spokesman, Maj. Jim Stenger, also confirmed, though he refused to state the identities and units of those killed, adding that the announcement will be made after relatives are notified.

The assault came as the US and other Western countries were racing to evacuate their citizens and Afghan allies ahead of an August 31 deadline, after the Taliban retook control of the country.

Speaking from the White House on Friday morning, US President Joe Biden said evacuation efforts would not be stopped by the attack, and that he had ordered US military commanders to develop plans to strike “ISIS-K assets, leadership and facilities.”

So far, about 7,500 people have been evacuated from Kabul over the course of 12 hours between 3am and 3pm on Thursday, the White House said but it remains unclear how many of those evacuations took place after the attack.

Gen. Kenneth “Frank” McKenzie, Head of US Central Command, said US troops were continuing the evacuation mission at “best speed,” noting there were still about 1,000 American citizens in Afghanistan.

But he said the focus right now was on the “extremely active threat streams against the airfield.”

McKenzie described the threats from ISIS as “imminent,” raging from rocket attacks to “vehicle-borne” suicide attacks in addition to “walk-in” suicide attackers like the assault on Thursday.

He said the US military is using attack helicopters and other manned and unmanned aircraft to defend the airport in Kabul, as well as sharing some intelligence with the Taliban for security purposes.

“They don’t get the full range of information we have. But we give them enough to act in time and space to try to prevent these attacks,” said McKenzie.