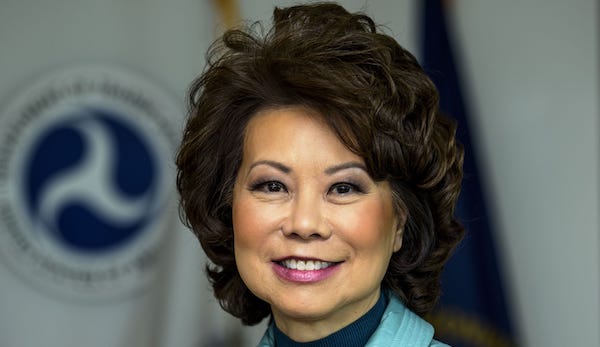 The United States Transportation Secretary, Elaine Chao, has resigned from the position over Wednesday’s breach of Capitol Hill by supporters of President Donald Trump.

She is the first cabinet member to quit the government over the incident, which drew outrage from across the world.

The minister, who is the wife of Senate Majority Leader, Mitch McConnell, announced her resignation from the government in a statement on Thursday.

Chao said: “Yesterday, our country experienced a traumatic and avoidable event as supporters of the president stormed the Capitol building following a rally he addressed.

“As I am sure is the awe with many of you, it has deeply troubled me in a way that I simply cannot set aside.

“Today, I am announcing my resignation as US Secretary of Transportation, to take effect on January 11, 2021.”

Violent protests erupted at the Capitol building on Wednesday during Congress leaders’ meeting to ratify the victory of the Democrat candidate, Joe Biden, in last year’s presidential election.

The mob struck shortly after Trump addressed protesters at a rally in Washington.

Mick Mulvaney, the president’s former acting chief of staff and budget director, also stepped down as special envoy to Northern Ireland on Thursday.