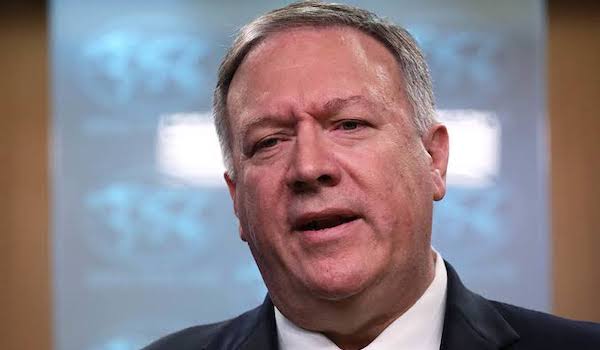 The United States Secretary of State, Mike Pompeo, said on Wednesday Washington would deploy all the tools at its disposal in the fight against Boko Haram and other terror groups in Nigeria and West Africa.

Pompeo, according to a statement on his Twitter handle, made the promise at the end of a virtual meeting of the Global Coalition to Defeat the Islamic State co-hosted by Nigeria on Tuesday.

An 82-member global coalition led by the US expressed their full commitment to defeating ISIS and other terror groups including Boko Haram at the meeting.

The US secretary of state added that a “great progress” was made at the meeting with the Nigerian government.

Pompeo said: “Great progress was made at yesterday (Tuesday)’s virtual Global @Coalition to Defeat ISIS meeting on West Africa. We will use all tools at our disposal to counter ISIS and its affiliates anywhere in the world. My thanks to Nigeria for co-hosting the event.”

Obaseki dissolves cabinet ahead of inauguration for second term