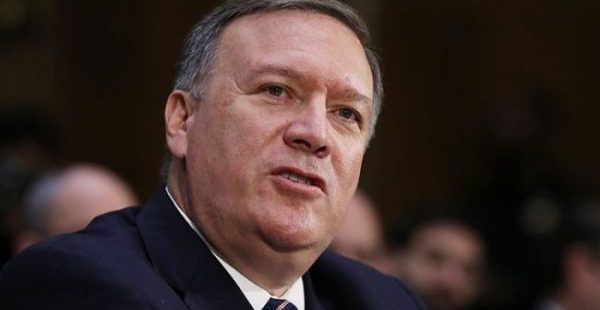 Washington will agree to lift sanctions on North Korea if the country agrees to completely dismantle its nuclear weapons programme, so says US Secretary of State Mike Pompeo.

According to Pompeo, the United States is willing to “lift sanctions” to pave the way for private American investment in North Korea’s energy, agriculture and infrastructure sectors.

“What Chairman Kim will get from America is our finest – our entrepreneurs, our risk takers, our capital providers. … They will get private capital that comes in. North Korea is desperately in need of energy … for their people. They are in great need of agricultural equipment and technology,” he said on CBS’ “Face the Nation.”

“We can create conditions for real economic prosperity for the North Korean people that will rival that of the South,” he added.

24-hours ago, North Korea set a time-line for the destruction of nuclear bomb sites in the country.
Pyongyang has set the destruction date between May 23 and 25 in order to uphold its pledge to discontinue nuclear tests ahead of a historic summit.

According to the official Korean Central New Agency, dismantlement of the Punggye-ri nuclear test ground would involve collapsing all of its tunnels with explosions, blocking its entrances, and removing all observation facilities, research buildings and security posts.

Tension as US set to open Jerusalem embassy