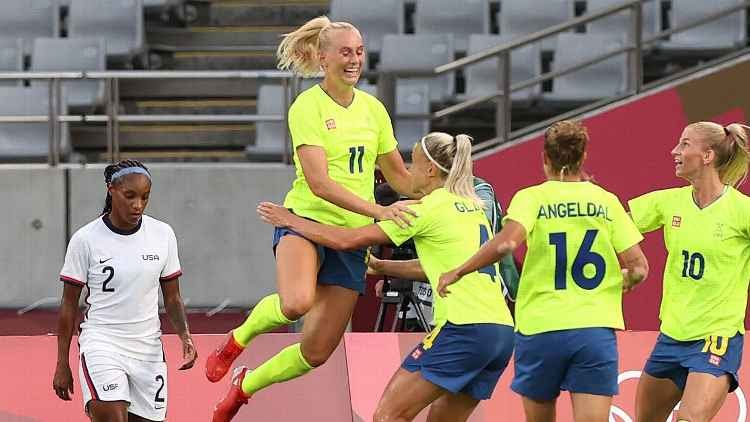 World Champions United States of America were stunned by Sweden in their opening game in the women’s football event at the Tokyo Olympic Games.

The team were thrashed 3-0 by their Swedish counterparts with striker Stina Blackstenius scoring twice, before substitute Lina Hurtig added a third for Sweden.

The defeat ended a run of 44 games unbeaten for the USA coming into the Olympics.

Recall that the USA were knocked out by Sweden, who went on to win silver, on penalties in the quarter-finals five years ago.

Elsewhere, 104th-ranked Zambia lost 10-3 on their Olympic debut in women’s football against European champions, the Netherlands.